When you go on a camping adventure, there’s always the possibility that you’re going to see animals that are a bit larger than you are and that can be aggressive if provoked. One such animal is a bear. You have to be careful around bears for obvious reasons.

While they might look like they can give you a hug, bears can be fierce and often don’t want anyone to stand in their way when they are looking for food or when they have found food.

Sometimes, you can observe bears from a distance, taking pictures of them so that you can remember the encounter. If you hear a bear walking around your tent at night, there are a few things you should do to stay safe.

Most Important Rule: Always Exercise Caution When Camping Near Bears

Caution #1: Don’t Leave Food Near Where You Sleep at Night

There’s nothing wrong with preparing a meal over a campfire or eating a few snacks outside your tent while you’re camping. However, you don’t want to leave food on the ground.

This is like leaving a welcome mat sitting outside on your front porch for the bears that are in the area. Pick up any trash that you have, and throw it in the proper receptacles at the campground or in a trashcan if you’re camping in the woods.

Don’t toss any unwanted food on the ground, as it can attract other animals aside from bears. If you do notice any food or trash and a bear does happen to come around to try to take it, you need to stay calm and let the bear take the food.

Once the food is gone, then the bear will usually leave.

Caution #2: Stay Calm When Bears Are Around

One of the best things that you can do if you see a bear or suspect that there is a bear outside your tent is to do nothing at all. A bear usually can’t see you when you’re in your tent.

It smells the food that’s around and is attracted to the aroma, which is what lures it to campsites. If you stay as still as possible, then most bears will leave you alone.

Avoid making any sudden movements that could alert the bear that you’re inside your tent. In most situations, you’re going to be too afraid to move anyway, which can keep you safe.

After a few minutes, it will likely be safe to move around again and peek outside the tent to ensure the bear is gone. Pay attention to the ground outside your tent in the morning.

If you see prints that appear as though a bear made them, consider yourself lucky. You obviously sleep like a baby because, in this case, the bear didn’t even notice you.

Caution #3: If You Have to, Make Noise to Scare Bears Off

The opposite side of what you could do if there is a bear outside your tent would be to make as much noise as possible. A sudden loud noise will often frighten a bear and other animals away from your campsite.

If you have a gun, then consider putting a few blanks in the chamber and pulling the trigger, as this can quickly scare a bear away. Make sure some blanks are used so that you don’t harm anyone who is nearby, and make sure there is no one standing in front of the gun when you pull the trigger.

Bears are usually frightened by people. They don’t like being outside of their comfort zone, so if they know that there is a potential danger present, then they will usually leave you alone if they hear talking and a lot of movement inside the tent.

Making noise doesn’t mean carrying on a simple conversation. It’s going to mean making a lot of different noises that are loud so that the bear clearly hears that you’re in the tent, as mild rustling can sometimes make the bear want to investigate more.

9 Effective Ways to Protect Your Campsite from Predators (Video)

Caution #4: Sprays Can Be Used as a Distraction to Bears

There are a few different sprays that you can get that can be used as a deterrent for bears. You’re going to want to spray the tent itself as well as the area around the tent.

Consider spraying your clothes as well, especially if there have been bear sightings in the area. If you don’t have a spray that is intended for bears, then you can try to use cologne or perfume to cover up the natural scent that you give off.

You want to do as much as you can to throw off what you smell like so that the bear isn’t attracted to your tent. Avoid using any kind of bear spray in your tent, as it does contain products that are similar to peppers or pepper spray.

Try to spray the product you’re using upwind so that it doesn’t linger near your campsite. The reason why bears don’t like this kind of spray is because of the odor that it gives off and because it can be irritating to the skin and the eyes.

If you see a bear outside your tent and you want to use some kind of spray, you need to make sure there is a clear shot that you can take instead of spraying it in front of a tree or another object.

Caution #5: Defense Against a Bear Is Always an Option When Camping Close By

Sometimes, you’re going to need to take matters into your own hands in order to protect yourself and your family. If you know that you’re going to go camping, then consider packing a gun or a knife as a way to defend yourself against animals that might come around your tent.

Unless you’re going to be at a campground that has an office, other campers, and possibly a security guard, then you’re likely not going to be able to get help from an officer to your tent right away.

You don’t have to kill the bear, but you can wound it so that it leaves you alone. However, if you do plan to wound the bear, then make sure it’s minimal so that it can heal on its own.

On the other hand, you don’t want to leave the bear in misery, so it’s sometimes better to kill the bear, especially if it’s a threat to your safety or the safety of your family. A knife will work as well if you don’t have access to a gun.

If you don’t have a weapon at all, then you can get a large stick that can be used to try to hit the bear. However, you’re going to have to come pretty close to the bear in order to use this as a weapon, which might not always be a good idea if you don’t know how to hit the bear in the right way.

Try to do what you can to scare the bear instead of harming or killing it if at all possible, but you do need to make sure your family isn’t harmed at all costs.

Caution #6: Run Away From the Bear

You’re going to need to be fast, so if there are young children with you, make sure they are able to keep up with the pace that you set or that you can carry them to the vehicle or to the safe area that you find.

The bear might chase you for a short time, but it will usually give up sooner than you. Try to run to a source of water.

Bears usually don’t like water and try to avoid going near it when possible.

Another option would be to run toward a campfire, even if it’s at a neighboring campsite. Fire tends to scare away most animals, which is why you should consider leaving a small fire going at night.

Make sure you monitor the fire or build it in a way that it’s secure in order to keep it contained. Climbing a tree is an option that you could consider as well.

Even though a bear is significantly larger than you, it usually won’t climb a tree to reach you if you run. Most bears can’t climb a tree anyway, so this might be your best option if nothing else has worked.

After the bear has left, you need to protect your site so that it doesn’t come back in the future. Do something to help you calm down after your experience with seeing a bear.

You might want to move to a different site or find another campground to decrease your chances of encountering another bear.

Thank you for signing up, we'll be in contact soon.

And Get Our Best Stuff for FREE 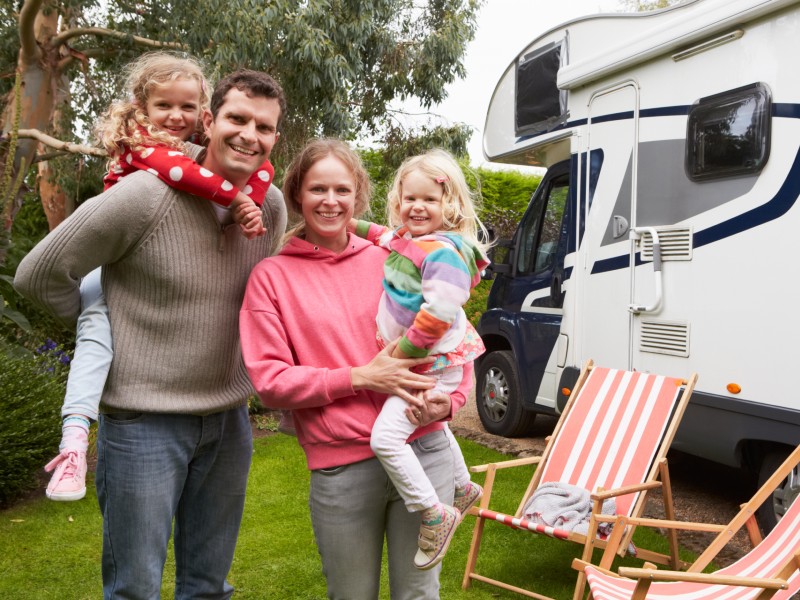 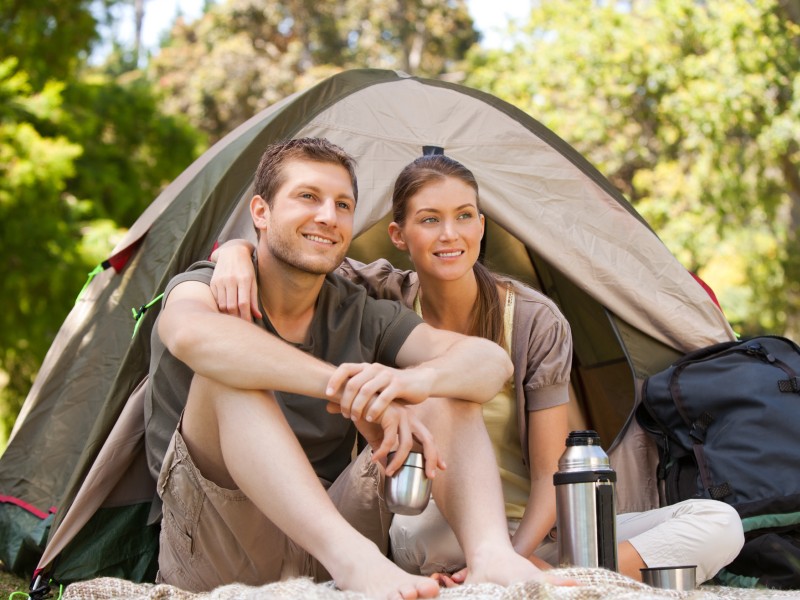 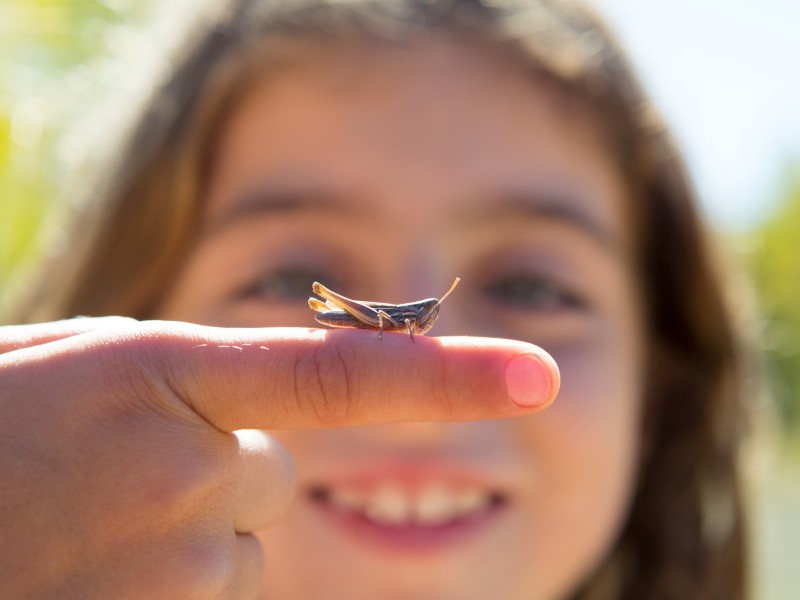 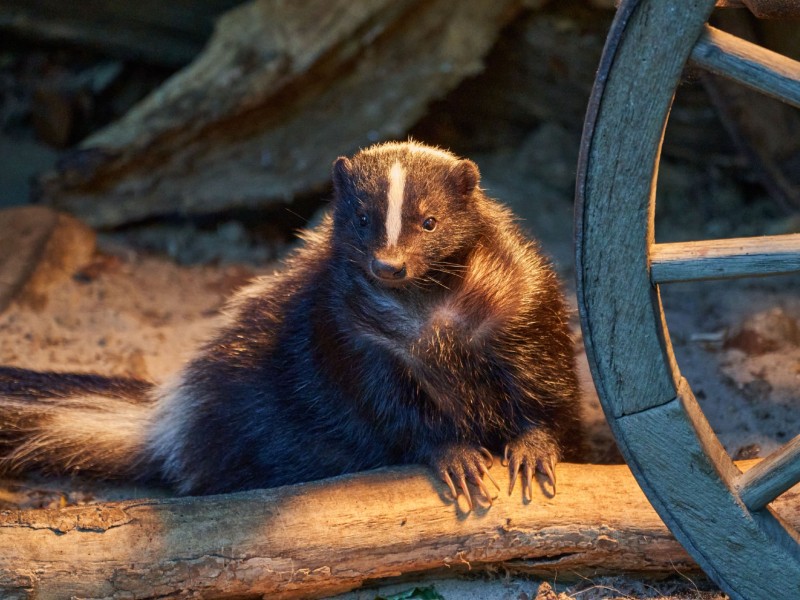 Hi, I created Outside Hacks to share what I've learned traveling in the great outdoors. It's not hyperbole to say that living in nature has fundamentally changed me and my outlook on life. I’ve met some of the most interesting people, adapted to new environments, and visited places that have changed my way of thinking. I’m so grateful to have had these experiences and genuinely just wanted to share them. If you're like me, you can't go long without a warm campfire and some lightly toasted marshmallows. Welcome to the site! 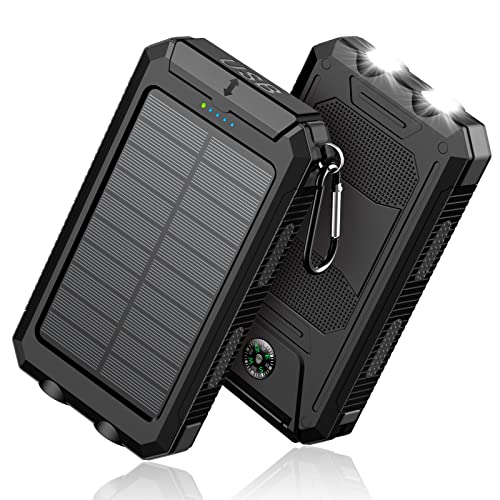 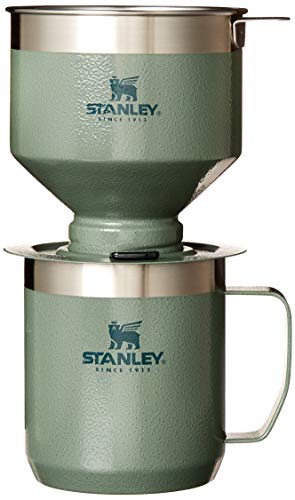 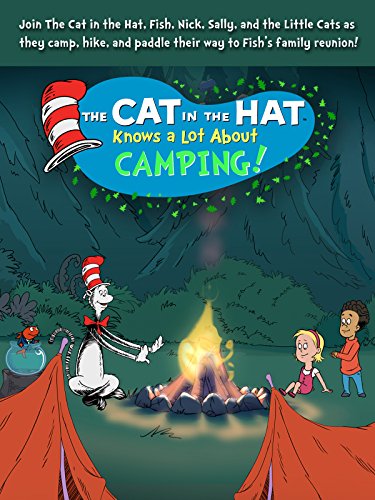